January 27, 2015 – The California Citrus Quality Council is pleased to announce that Dr. Joseph L. Smilanick was this year’s recipient of the California Citrus Quality Council’s prestigious Albert G. Salter Memorial Award in recognition of his hard work, dedication and vital contributions in the development and implementation of improved technologies to control the postharvest decay of citrus fruit.

The presentation was made during CCQC’s Annual Conference in Visalia by Bob Elliott of Sunkist and CCQC’s Chairman, and Charlene Jewell of the JBT Corporation.  Both praised Smilanick for his 31 year career with the U.S. Department of Agriculture’s Agricultural Research Service.  The last 28 years he spent at the ARS station in Parlier until his retirement last year.

Dr. Smilanick’s research efforts focused on the biology and control of postharvest plant pathogens.  His insightful innovations are now common practices in commercial packing houses including integrated thermal treatments of citrus fruit, use of conventional fungicides and biological control agents, ozone applications, fruit washes, and proper disinfestation of de-greening rooms. His research results are recorded in over 250 scientific and technical publications.

His expertise on the fungicide resistance of Penicillium digitatum (green mold)  is known worldwide having collaborated with scientists from Spain to New Zealand.

The California citrus industry appreciates and recognizes his many valuable and practical contributions that have facilitated the movement of high quality fruit through packing houses and into the marketplace. 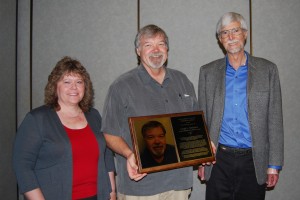 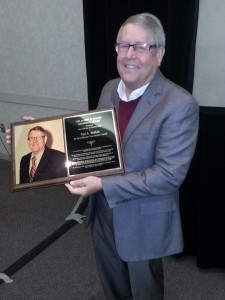 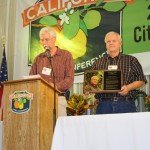 For over three decades Dr. Morse has provided timely research results and valuable educational resources to California citrus growers and pest control advisors that have enabled the continued economic well-being of the citrus industry.  His extensive efforts in studying the control of citrus thrips, a primary pest of concern to the industry, has led to the registration of new materials needed for its management as well as a continued search for non-chemical alternatives.

Dr. Morse has focused much of his efforts on pests of quarantine concern in export markets, which are critical to the economic viability of the industry.  His field studies and publications on Fuller rose beetle are vital as this pest continues to threaten the industry’s access to essential markets.

Accomplished researcher, educator and administrator, his continued contributions have earned Joe Morse the appreciation and gratitude of the citrus growers of California. 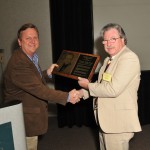 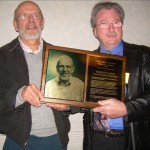 January 21, 2010 – The California Citrus Quality Council is pleased to announce that Robert F. Luck, a Professor of Entomology at the University of Riverside, is this year’s recipient of the California Citrus Quality Council’s prestigious Albert G. Salter Memorial Award in recognition of his enthusiastic and innovative applied research in the field of citrus entomology.

Over the past several decades, Luck provided laboratory and field research that enabled citrus growers throughout California to effectively incorporate integrated pest management practices into their growing operations, resulting in a reduction in the use of pesticides while maintaining acceptable levels of economic pest control.

Luck is a leading expert in the research of armored and unarmored scale insect control using biological methods. He began his work in entomology through his interest in forestry. At UCR, he has devoted much of his time and research to the study of Aphytis melinus, a parasitoid for the biological control of the citrus red scale.  His contributions to the citrus industry have earned him the gratitude of all California citrus growers. 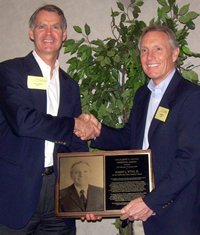 Auburn, Calif. – The Board of Directors of the California Citrus Quality Council (CCQC) has selected James R. Cranney, Jr. as its new President effective July 9, 2008. Cranney succeeds Dr. Hugh “Wally” Ewart, who served as President for nearly seven years and retired on May 31,
2008.

“Jim has the technical expertise and leadership qualities needed to address the important problems we face in the California citrus industry,” said Dr. Adel Kader Chairman of CCQC’s Board of Directors. “Jim is familiar with the regulatory and phytosanitary landscape from his extensive regulatory and government affairs activities in Washington, D.C.”

Cranney resigned his position as Vice President of the U.S. Apple Association (USApple), effective June 20, where he served the apple industry for nearly 15 years. While at USApple, he worked closely with federal regulators to maintain use of critical crop protection tools and advocated for science-based food safety and phytosanitary measures. Cranney partnered with key members of the apple industry to advocate for greater federal research funding to improve fruit quality and productivity, and joined specialty crop industry leaders in the formation of the Specialty Crops Research Team, a federal specialty crop advocacy group.

Prior to joining USApple in 1993, Cranney worked as an agricultural business consultant. He also previously served as a produce buyer for Heinz USA, and as a market news reporter for the U.S. Department of Agriculture.

“I’m looking forward to serving the California citrus industry and partnering with industry leaders in California to solve technical and regulatory problems that threaten California citrus producers and packers,” said Cranney.  “I’ll miss the apple industry, which has been my home for the past 15 years, but now I have an opportunity to lead and serve in a new role.”

Cranney represents USApple on several industry coalitions including Secretary of the Minor Crop Farmer Alliance, the Pesticide Policy Coalition, the United Fresh Produce Association’s Food Safety and Technology Council, and the Specialty Crops Research Team. Cranney was honored by Vance Publishing’s The Packer newspaper and The Grower magazine as the apple industry’s 2005 Apple Man of the Year for advocacy excellence in Washington, D.C. He holds an M.S. in Agricultural Economics and a B.S. in Food Marketing.

Chuck Orman, CCQC’s Board Vice Chairman, has been tapped to serve as acting President of the CCQC to oversee daily operations until Cranney assumes his responsibilities. He will coordinate with the Board’s Chairman Adel Kader and retired President Hugh “Wally” Ewart.

“Wally has been a friend and colleague of mine for the past 15 years,” said Cranney. “He has the unique distinction of being an icon in the apple and citrus industries, and he’s left a legacy that I’ll look up to during my tenure at CCQC.”

CCQC’s mission is to represent the California citrus industry in response to problems and issues which arise in state, national, or international arenas and which affect the industry generally in areas of quarantine matters, technical assistance, international compliance, or other related issues. Use of the word “related” is key to CCQC’s mission because it explains CCQC’s interest in preventing pest introductions, which would increase pesticide use and disrupt successful integrated pest management (IPM) activities. It also explains CCQC’s preemptive interest in international phytosanitary issues which could later restrict export opportunities. CCQC is pro-active and always maintains a science-based approach to the issues relating to the state’s citrus industry.